“There are more hackers breeding every day, and more brilliant minds are turning into hackers. Security has advanced, but so have hackers.” – Michael Demon Calce

People today are becoming more and more vigilant and aware of implementing robust cybersecurity techniques. The number one threat to cybersecurity is – hacking. As and when softwares are updated with stronger security protocols, hackers keep finding new ways to invade them. Let’s learn more about hackers today and how they function.

According to Cisco, a hacker is a person who breaks into a computer system. The reasons can be many, some of them are as follow; installing malware, stealing or destroying data, disrupting service, etc. Did you know that hacking can also be done for ethical reasons such as trying to find software vulnerabilities to mitigate them? To distinguish between them, lets learn about the 6 different categories of hackers. Depending on the type of hacking they perform, each type of hacker is assigned hats that are colour coded for ease of identification.

The following are the 6 Hat Hackers:

The biggest misconception people have is that hacking and hackers are bad and always have malicious intentions, that however is not true. Each hat colour denotes the kind of hacking it represents, if it falls under the good or bad category and what level of danger the hacking can impose on its victim. 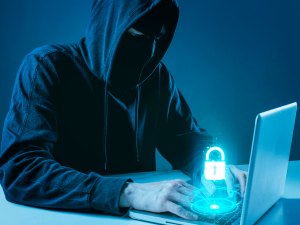 Starting on a good note, White Hat Hackers are not all bad. But who are White Hat Hackers? These hackers are specifically called ‘ethical hackers’. They identify Black Hat cybersecurity threats in the system (the black sheep of the lot), keep an agile watch and prevent Black Hat Hackers from penetrating devices with damaging malware.

Few Grey Hat Hackers hack a system just for ‘point-proving’ purposes, to demonstrate how unsafe and vulnerable the system is. Grey Hat Hackers resort to hacking just for the thrill of it. There have been many real-life examples of how Grey Hat Hackers invaded public IT systems simply to notify people about the vulnerability of their systems.

One such example would be from way back in 2014, when a Grey Hat Hacker hacked into ASUS Routers and accessed them just to generate awareness about how susceptible the routers are to cyber-attacks.

A) Few Blue Hat Hackers hack devices/ systems purely to seek revenge. Their main motive is not to earn money or attain fame. Such hackers launch cyber-attacks on the targeted person’s system and once this gives them a chance to access the opposite victim’s device, they can post inappropriate information, personal data, resort to mental harassment and much more.

B) The other type of Blue Hat Hackers are often invited by organizations to check their software before they deploy it. They are not hired by the company per se but are just present for a short period to test the company’s software systems. Such hackers deliberately attack the software to identify loopholes in the system and once identified, they deploy or suggest security measures to protect the system from further attacks. Green Hat Hackers are the rookies in the hacking field. These hackers are still not completely well versed with the techniques but yet pose a threat to cybersecurity. Green Hat Hackers do not intentionally wish to cause harm but may end up being harmful in the process of honing their skills. Green Hat Hackers generally target small companies who sometimes do not have strongly secured software hence making their hack/s successful.

The Cybersecurity Centre of Excellence (CCoE) is a joint effort of the Government of Telangana and DSCI to create a safe and secure cyberspace and curate reliable solutions for cybersecurity. We aim to push India’s IT ecosystem and develop applications & privacy domains by incubating start-ups, conducting workshops, training programmes, participating in local, international and national initiatives and much more.